This is an era of industrialization and rapid development. Technical revolution is the keyword in every field. To maintain the lead, Maharashtra state government decided to permit setting up of Private Engineering colleges and Polytechnics in 1983. To this effect Honorable Dajisaheb Rohidas  C. Patil, Minister of Maharashtra state with his presence and special efforts got the permission to set up this Institute in July 1983,vide letter No.10/TU/1083-35462 dated 08/07/1983 from the Directorate of Technical Education M.S. Mumbai and it was approved by A.I.C.T.E. New Delhi vide letter no. P-2IB-III/RC/BB/93-24553 dated 06/06/1994.

The Institute is in the city Dhule which is a district headquarter located at the junction of three major National Highways connecting Mumbai and Agra, Nagpur and Surat, Dhule and Solapur. By Virtue of its location it has a great potential for the development of industries, trade and commerce which add to its value for the location of an Engineering College and Polytechnic. 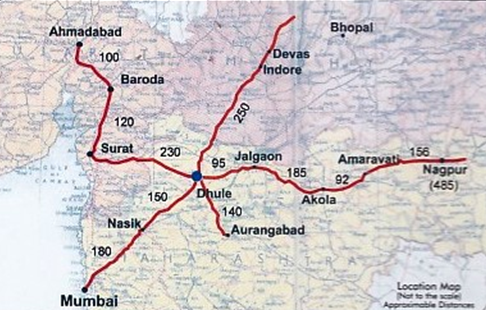